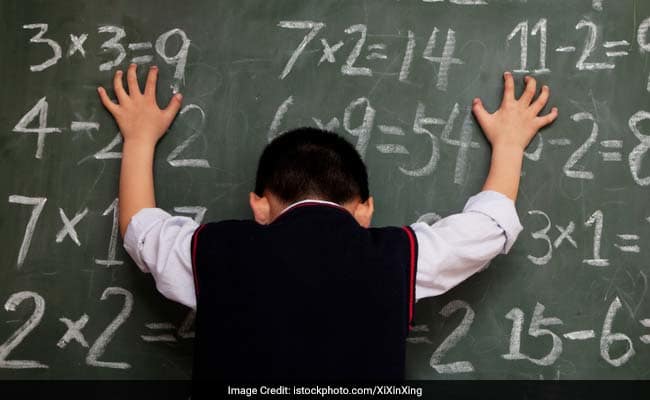 Have you had a child get behind at school and tried to get them help? And you were just shot down? Have you dealt with a bullying problem, and the school refuses to help and remains in the stance there is no bullying problem? Your child is not understanding the work, but they will not intervene until they are two years behind? Maybe, it is the two to three hours of homework each night while class time is spent dealing with behavior issues, teaching to the standardized test and not the curriculum and special projects. Perhaps, you have a special needs child and they are lost in the wind there. Maybe you are dealing with a bad deadwood teacher that the administration loves but not anyone else?

There seems to be a systemic problem of some schools, even at the district levels refusing to help our children. Why is that? Are they supposed to be in education? It is their one job; how hard can it be? Maybe, you are lucky and see none of this where you are, fantastic. But, I am sure you have friends dealing with this. Why? Sometimes, it is a lack of funding and other times it is a lack of purpose; mostly, it is a lack of effective implementation.

As a parent with a special needs child, I have been doing all-out battle with our school district, and for a couple years at a private school too. We do have some great teachers, but as I found out to my shock, there is no plan or even a mindset to offer any help to mine or any other child who is not in the mainstream. I am not in a small-town school, in fact, we live in one of the biggest districts there is. It is massive. It is like a factory where the management occupies over half of the positions and the workers, as in teachers, occupy less than half. Management and various bosses are seemingly doing nothing but micromanaging, while the workers are overwhelmed and do not have the resources, training and effective oversight to do their job well.

Yet, the primary and only point people who are geared to do the actual work of teaching are the teachers. And in the State I am in, the ratio is 32-1, the school district by my home is at is, 42-1, about one teacher for every thirty-two to over forty plus kids. My son’s previous class was one to thirty-five. The two schools I had to go to have no aids or pull outs or available IEP’s or a 504 plan or Special Ed programs or anything of real value. Not even torturing, well, there was, done by the older “kids,” totally ineffective. What is offered is called centralizing services, which is mainstreaming all students into the same classes for budgeting reasons, while research shows that does not work. While, the teachers are overwhelmed and can’t possibly, no matter how good they are, help our children. They just can’t.

And it gets worse. The vast majority of the funding is massively mismanaged going to way too many overpriced administers and pointless projects that do nothing or offer any real educational value to help our students. They just push reports to one another, as I found out. When there is a bullying issue, that affects their numbers and reputation, so they bury it. So, there is no problem. When there is a special needs student they see a money pit. If a child gets behind, well, there are no resources for that; thus, ignore the problem. They may even let you know, you are not welcome there, by saying, “we do not have the facilities or funding to accommodate your child, you may be better served elsewhere.” The principle of the school my son would go to, when he was in first grade, who I knew, and coached her son in soccer, told me they can’t accommodate him. A public school! Now, my son just needed some extra help, not expensive services. This administrator, like so many, was determined to get rid as many special needs or would be problematic or school test score lowering students as possible. That principle’s reward for the effort? A good school rating. It is not a good school! Five years later, the local newspaper reported that this school was closing.

Dr. Richard Krejcir is an Author, Researcher, seasoned Special Education teacher and the Director of a nonprofit that does educational training in third-world countries. He is also a STEAM teacher and a father of a son with autism.

9 Ways Schools Will Look Different When (And If) They Reopen

Three-quarters of U.S. states have now officially closed their schools for the rest of the academic year. While remote learning continues, summer is a question mark, and attention is already starting to turn to next fall. Recently, governors including California’s Gavin Newsom and New York’s Andrew Cuomo have started to talk about what school reopening […]

10 Free Zoom Virtual Backgrounds You and Your Kids Will Love

I do not know what it is; but, how did being quarantined, with no actual school, no actual classes except with Zoom and Google Classroom, equals being twice as busy? Anyway, this is really cool, my kiddos love it… https://pasadena.macaronikid.com/articles/5ea0c96699d8920c42196f93/10-free-zoom-virtual-backgrounds-you-and-your-kids-will-love

You do not need a Ph.D. in Philosophy (yes, I do have that, that is why I am a teacher-lol). I taught a few seminars for High School and Junior High Students over the years. Now planning a course for this summer. Here is what I have that you can use too.  My main resource […]

These are great tools you can use on Chromebook, pads and phones for all students especially those with special needs…> https://www.controlaltachieve.com/2016/10/special-needs-extensions.html?m=1

Learning targets are a teacher’s best means of communication for learning objectives. Learning targets will greatly help students focus on what you want them to learn. They must be well written in student-friendly language and specific with clear and simple steps and given each school day. Think through how they fit into the bigger learning goals, so […]

Going Towards the Light

Tips to be a better teacher, engage and work with learning disabilities.

WordPress.com is the best place for your personal blog or business site.